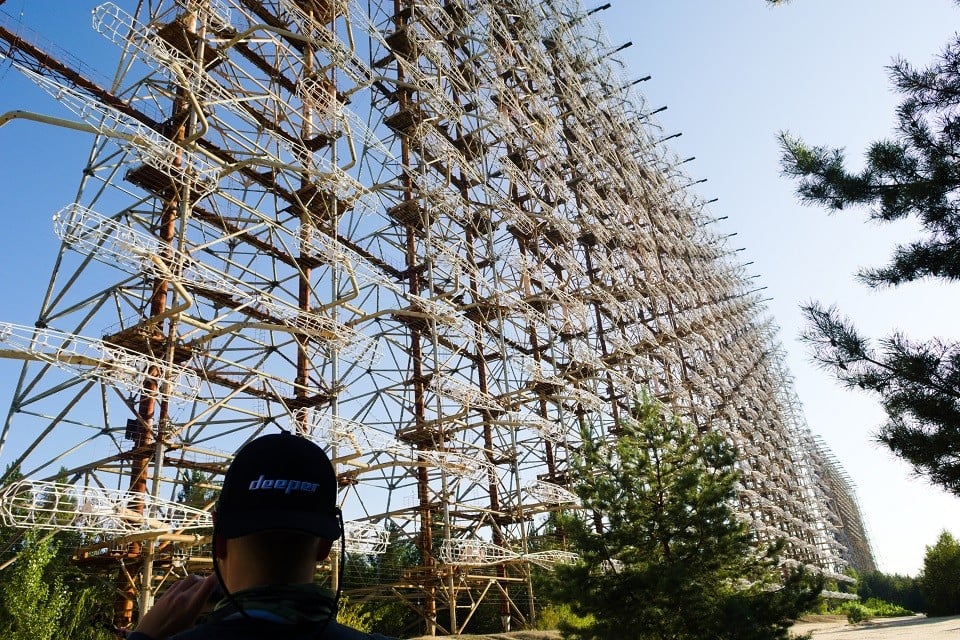 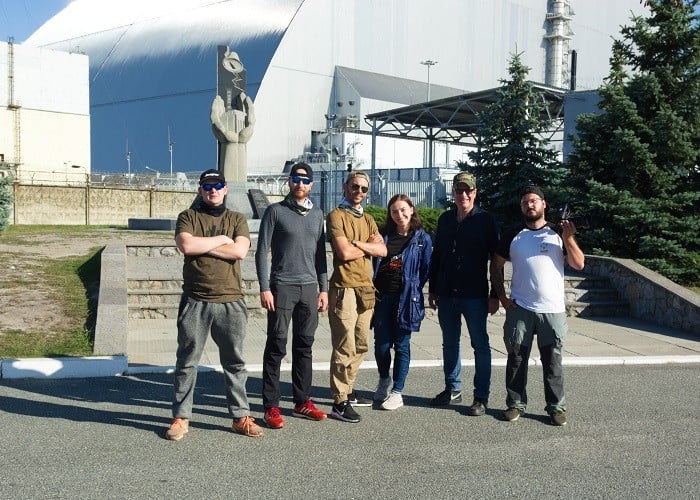 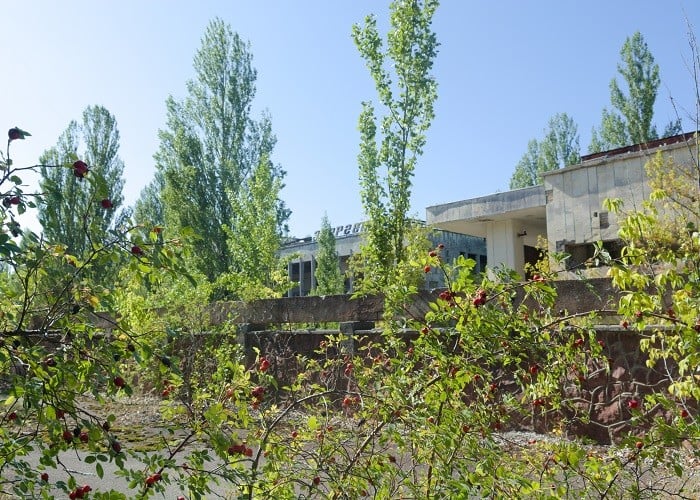 The Chernobyl exclusion zone is a 2.600 sq kilometre/1,000 sq mile territory surrounding the site of the deceased nuclear plant. The disaster rendered the zone virtually uninhabitable. More than 300,000 people have been evacuated from the area following the tragedy. 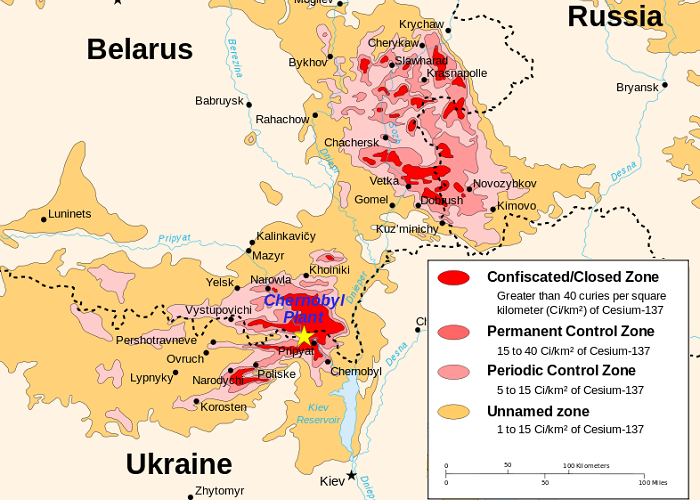 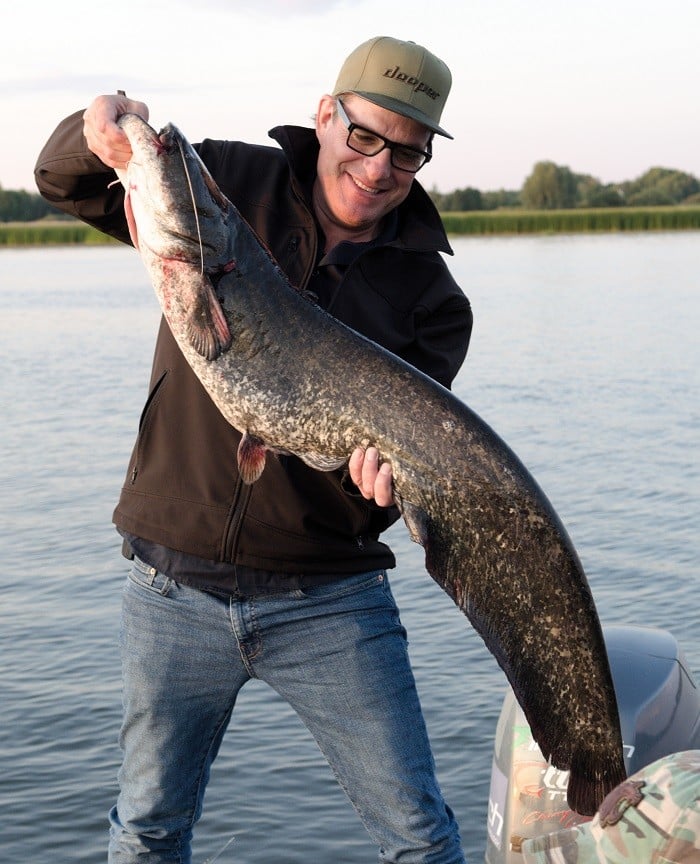 During the trip, Yuriy taught us some of his techniques for catching catfish and walleye. Yuriy uses crankbait for catfish. He puts his bait 5-6 m/16-19 feet deep, very close to the bottom of the river. He opens the bail and lets out a couple of feet of line. Waits for a few seconds, then releases again. Finally, he raises his rod and does a little retrieve. 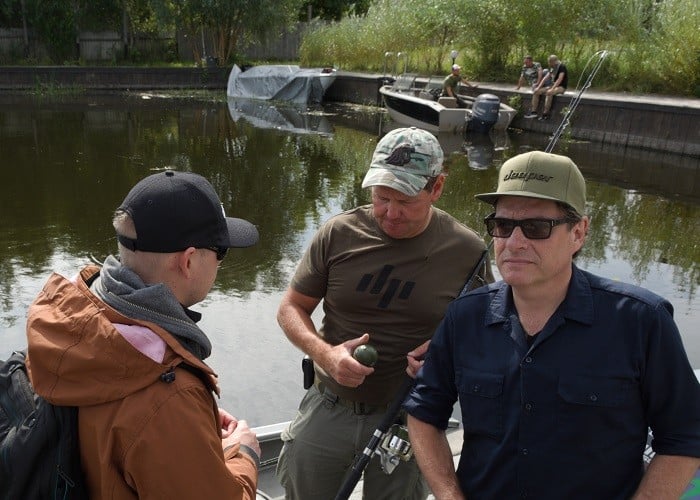 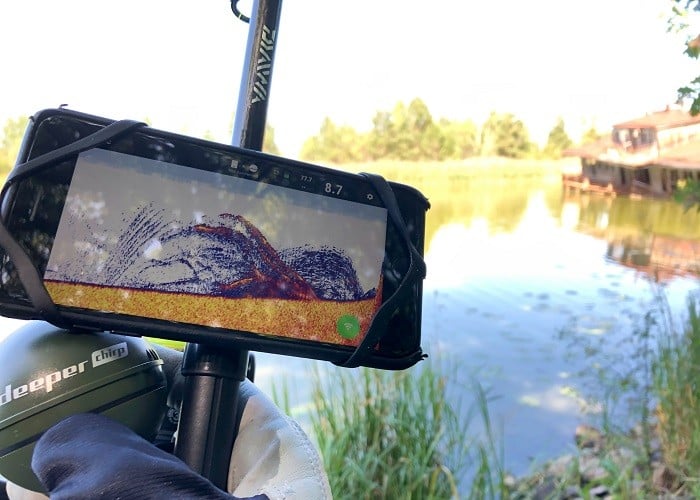 The fish finder scans down to 90 m/330 ft so we could comfortably view the depths of the river in our smartphones. The CHIRP technology allowed us to see the depths of river Pripyat with crisp clarity and the highest resolution possible.