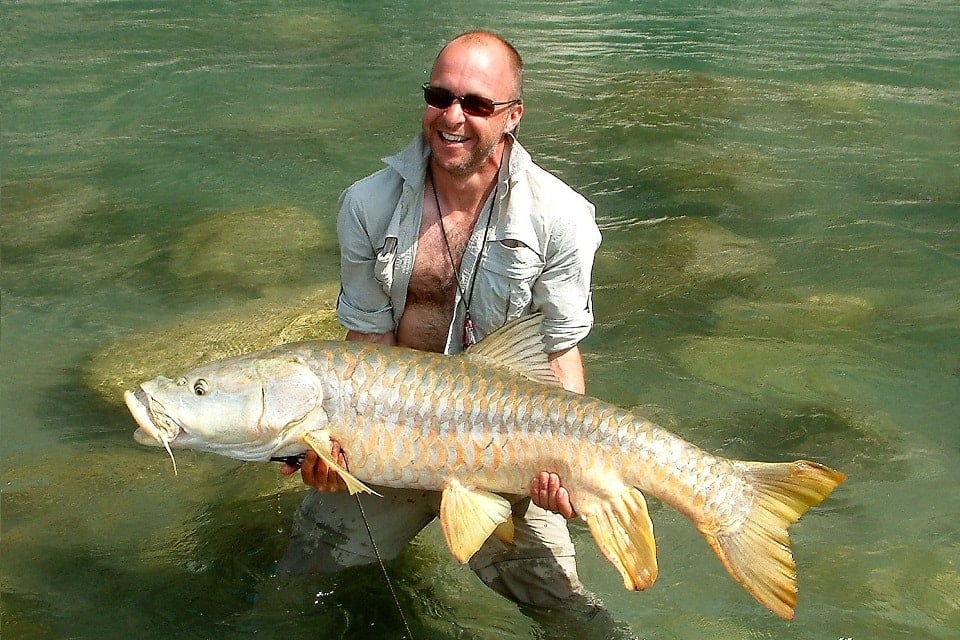 For some the Golden Mahseer represents the ultimate combination of beauty and power, with a reputation for instinctive intelligence (not unlike big Mirror and Common Carp) this makes large Golden Mahseer very difficult to catch… Couple this with the fact that they live in rock strewn fast flowing rivers and you have a worthy opponent for any Angler.

As well as having the looks, brains, and brawn, the Golden Mahseer is steeped in history and legend in certain angling circles. This is the fish that back in the 1800s smashed rods, reels, and lines when the Colonels and Majors tried to use their salmon gear back in the days of the Raj in colonial India. In the end, tackle-makers such as Hardy’s were forced to build a new range to cope with “Mahseer Power”.

Rudyard Kipling, the author of the classic “The Jungle Book” wrote: “There he stood, the Mahseer of the Poonch, beside whom the Tarpon is a Herring and he who catches him can say he is a fisherman”.

Deeper Sonar has teamed-up with “The GREATEST Fish” a fishing expedition company that specialises in tracking down, catching, and releasing BIG Golden Mahseer. Reconnaissance trips have started and the GREATEST Fish Team are now utilising Deeper Smart Sonar to help narrow the search, with the ultimate target being hopefully a new IGFA World Record Golden Mahseer.

If you are interested in joining this Search with Deeper Sonar and The GREATEST Fish, details of these Golden Mahseer Fishing Expeditions can be found at: http://www.thegreatestfish.com/golden-mahseer-expeditions/

Is this the first time you’ve read about the GREATEST FISH team’s adventures? Discover what else they have been up to on our other blogs: