Lakebook – The Latest Smart Feature on my Deeper Sonar 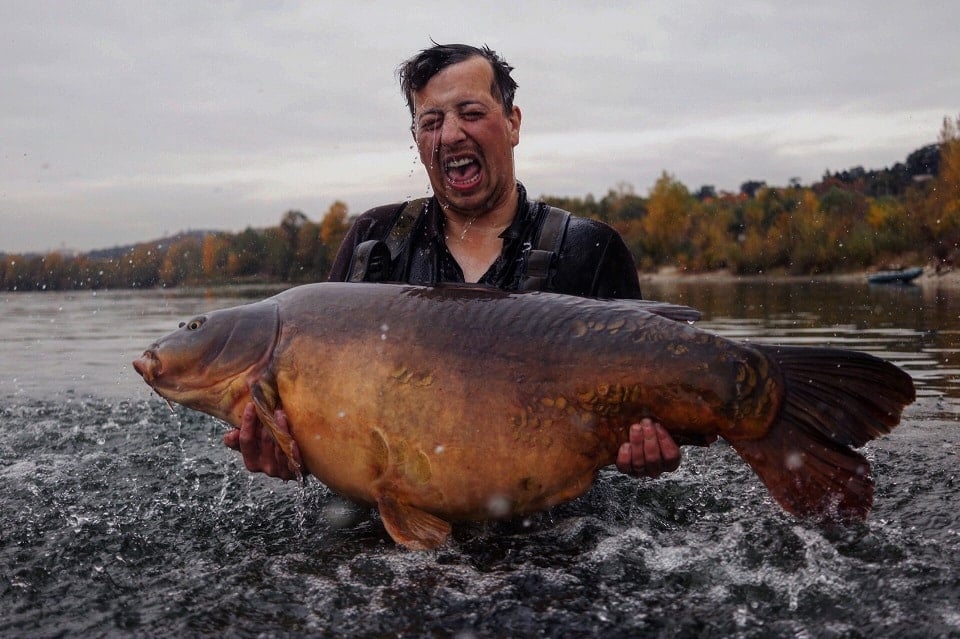 Richard Easom has 30 year’s experience angling, and was one of the first carp anglers to start using a Deeper Sonar. Here he talks through the different features that have been added since those early days, like extended casting range and mapping. One feature that he finds particularly useful is Lakebook, Deeper’s web portal where he can view and share all the maps he makes.

I have used a Deeper Sonar since its original release – I can remember how exciting it was to use and how effective it was. I didn’t need any special gizmos, just a phone and an app.

I remember thinking how this little ball resembled something you would throw to your dog or kick around the school playground when you were young. It didn’t appear at first to be something you could cast out with a rod and line to create underwater topography maps of your local swim. I wasn’t even sure it would work in a river, but I gave it a go – turns out Deeper works fantastically well on rivers.

The superb detailing of the bottom contours was always very accurate and a big benefit to my angling. I was able to find depressions, peaks and troughs in no time at all. I am self-employed and own a bait company, and I needed something that was quick, efficient and detailed – so my Deeper was a huge benefit to me.

The days of walking along the river bank with some braid loaded to the brim on my reel and a bag full of leads casting around looking for those secret hideouts the fish were using was over for the most part. I still use the leads after getting an accurate depth via deeper to find exactly the type of river or lake bed I intend to fish over.

Many people believe using a sonar is cheating: “watercraft with technology is ruining what fishing is all about, and using your own skills to find the fish is being lost,” they say.

I beg to differ. I believe sonars like Deeper are a great tool to help you combine the skills you already possess. They will greatly enhance your ability to find the areas where the fish are hiding – with your deeper sonar you’ll find the depth and topography of the bottom. Time is such an important commodity, Deeper speeds up the once arduous task of finding the best spot to cast to. Priceless.

The Deeper Sonar has improved a lot since those early days, especially replacing the Bluetooth technology that limited its range of use. I remember using the original Deeper and thinking the only drawback for me was the casting range in which I could use it.

Deeper listened to anglers like me and have addressed this issue – they have now enhanced their range of sonars so that all use Wi-Fi, not Bluetooth, and this means the range has increased dramatically: 100 yards with the PRO and PRO+.

These days I use the PRO+ model, and that extra range it gives me is a fantastic improvement. Along with this, it also has the capability of mapping your areas thanks to its inbuilt GPS. These maps are saved on your mobile app and are a fantastic addition to an already great device.

Recently I have discovered another great feature with my Deeper – Lakebook. It’s a web page (https://maps.deepersonar.com) that you can visit to see all the information, including maps and scans, that you’ve recorder with your Deeper.

Lakebook transfers all your data recorded automatically, so you just need to log in to the website. This means even if your phone is lost or stolen, you still have the data stored on the website. It also allows you to share information with a friend.

Lakebook is a great addition to the Deeper range as it records all the GPS and depth data. This means wherever you cast your Deeper, the GPS will record where it landed and what depth it was at that point.

Lakebook can automatically transfer all this data and allow you to look back at any given time on areas that you have mapped before. This is especially useful for logging that important data. Whilst it’s always a good idea to log information on a notepad of certain areas you might revisit in the future, lakebook will store this data.

You can share information with anyone you wish by clicking the “share” icon and copying the link. You can do this on social media or indeed on your website or blog. You can click a spot that you have mapped and get information regarding the depth and coordinates of that spot via GPS. The areas can be detailed by showing different colours for various depth change, just like on the sonar mapping feature of various depths.

Lakebook gives you the option to view in satellite (like Google Earth) or map mode. I prefer the satellite imagery myself, as I can pick out landmarks or features from that area. If you do a lot of work on your deeper on a certain venue, the lakebook feature gives you all the information you need on a bigger screen, and you’re able to pinpoint any areas that need exploring.

You can even label these areas by clicking “info” and erasing an unnamed road, for example, and inputting your own details of said venue.

How Lakebook helps my fishing

I will clip up the sonar to a spot I wish to fish to, and then check by using distance sticks how many wraps I will need on my rods I will use for my fishing. This is not difficult as my rods are 12ft and distance sticks are placed end to end, from tip to butt. I measure the distance by doing a figure of eight around the distance poles with my line. It takes a little practice but is very easy once you learn to do it. From pole to pole I know the distance is 12ft which equates to 4 yards, so it doesn’t take much to understand.

I usually include this information in my notes on the Deeper App and on paper form – distance and how many wraps together with a landmark or feature to line it up against.This saves a lot of time and makes things easy when arriving at a certain peg. Because Lakebook uses satellite imaging, the same as Google Earth, makes finding an area again is easier, although I would still refer to my notes.

You can also print these areas out if you so wished.

Lakebook also allows you to download the data recorded whether at home or on the bank to a computer or phone. You don’t even need the device with you to obtain this data as it automatically transfers.

I find Lakebook an excellent feature, and one which adds to the overall experience of using my Deeper Sonar. Sharing data with one or more friends gives you a better understanding of what to expect when fishing these venues.

I have been using Lakebook for some while to get an accurate depiction of the topography of the bottom on the venues I fish.

I find that useful considering I change my phone every 18 months. Now I am not worrying about losing old data from my previous phone as it’s already stored onto Lakebook. Storing the data is so important to me as it’s so easy to forget the areas you have mapped before in terms of depth and features. Changing your phone and losing that data is not a worry for me any more, which is why I find Lakebook so useful.

Lakebook adds an extra dimension to my sonar – sharing data online with friends helps us put together a map of the topography of a river or lake.

As an angler for 30 years myself, I endorse anything that works and works well. Fishing is meant to be fun and enjoyable, and we all go to hopefully catch a fish or two.