My Experience with Deeper Sonar 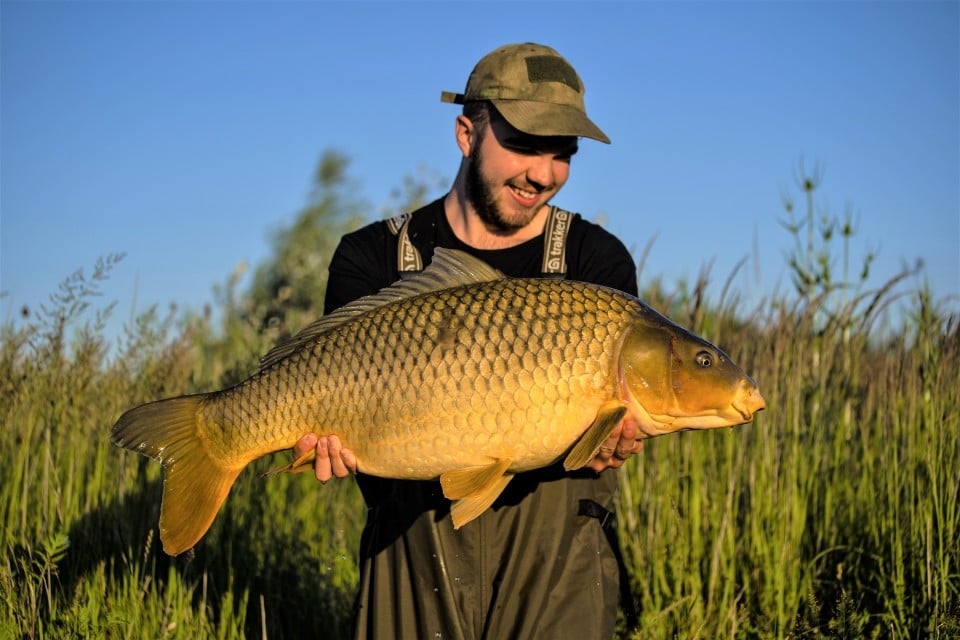 I remember the times when modern technology did not exist, and I had to rely on my instincts — which often proved wrong. All my assumptions about rivers or pond beds, what could be happening below the surface, and where the fish could be were only speculations. I had no way of knowing how to improve, what to change in my strategy, and how to figure it all out. I thought about these things for a long time, until one day, when I got my hands on a device that had been on the market for years – Deeper Sonar.

I watched many videos and read a lot of articles, and learned that Deeper Sonar, just like many other products, gets both praise and criticism. I suppose this can’t be avoided in modern society. Despite that, I had remained unbiased. I think it’s nonsense to form an opinion based merely on hearsay and reading other people’s comments. 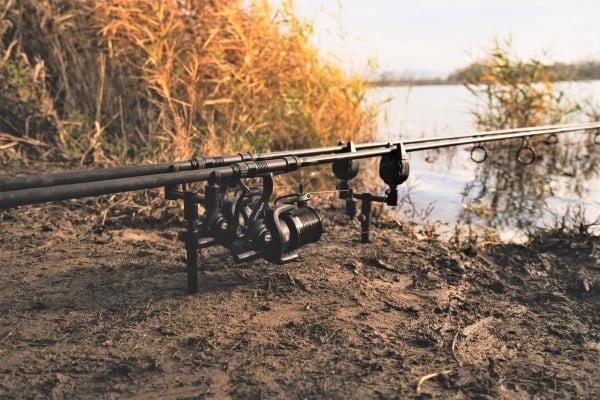 My first contact with a Deeper echo sounder was back in 2016 when this technology caught my attention. At the time, I didn’t get it for several reasons – one of them being a lack of funds. As a student, I could not afford to spend money on this convenient device. So, I watched on as other anglers proudly showed off this novelty and quietly envied them.

Years passed while I waited for an opportunity that had finally arrived. I came across the Deeper company and managed to get one of their sonars. The time had come to finally try it myself and form an objective opinion on this product.

Right from the start, I knew that it wouldn’t take a day or week to figure it all out and form an opinion. This technology was new to me, and the orientation in maps, configuration, and the app seemed rather complicated. 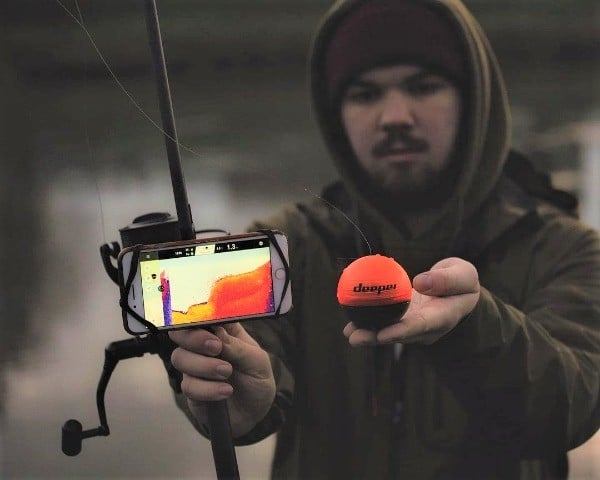 First, I started with a thorough study of the app, the visualization modes, and the possibilities for use in my conditions. The app itself offers many uses and views of the places I was going to visit and, of course, go fishing. One of the most popular features that the Deeper Sonar offers is undoubtedly an ability to accurately map the routes on which I took my sonar. All the places I regularly visit as an angler got pinpointed and compared in my notes, which I take with me during my river or pond walks. Sometimes my predictions got very close to the information Deeper was showing me. At other times, I found that my speculation about the nature of the bed, depth, and possible distances were rather off.

I slowly began to transition from theory into practice, which is the best. From the first activation of the device, its connection to a mobile phone, and use in action, was working just as I had imagined. The most important thing for me has always been to decide what information I would like to obtain. Sometimes I just mapped the bottom profile, which is especially important in winter months, when water is cold, and fish are slow. I used to focus on carp fishing in large sand pits or larger ponds, where locating them was not too difficult. I meet anglers in these areas and listen to them talk about where exactly they go fishing most often. This is where I started my journey with Deeper. 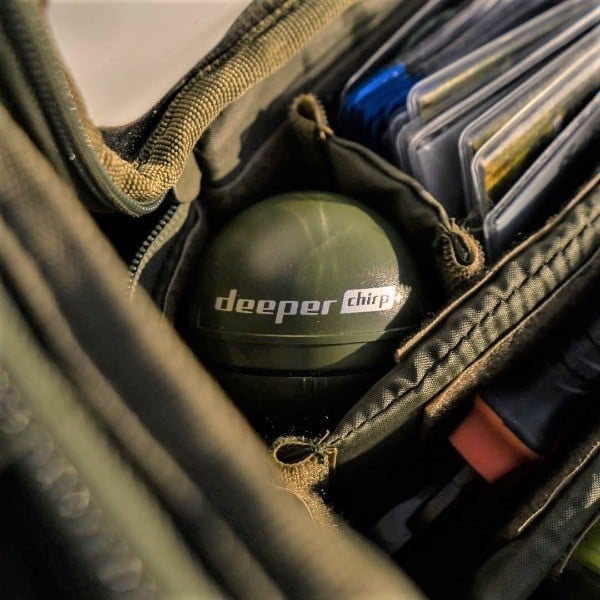 For many years, I drew my attention to lakes and ponds, but then the moment came when I simply packed my stuff and headed for the river. I heard that the Morava River, on which I began to learn about river carp fishing, is one of the most challenging ones in the Czech Republic. It’s not so much about the size of the river as it’s about the carp quantity found here. Compared to other rivers, such as the Elbe or the Vltava, the carp population is very small, and locating them is relatively difficult.

I like to set my gear in places where I’m convinced fish visit often. The only way to find these places is to use the Deeper Sonar. So, I started to map out the spots in detail and draw exact routes that could lead a carp to the point where I’ve placed my lines. Of course, I also needed to sort out the issue of how to get the Deeper out of the river in case it breaks loose. The answer is simple – it’s not possible. This is the first big issue and worry when using a castable echo sounder in moving water. I just wouldn’t want to lose it. But I easily solved this problem. When mapping the river, I usually use thick lines or braided lines, as this is the only way to avoid losing an echo sounder. The use of an echo sounder on a river is slightly different from that on a pond. When on the river, I must factor in the current which sometimes makes mapping of an exact location difficult. 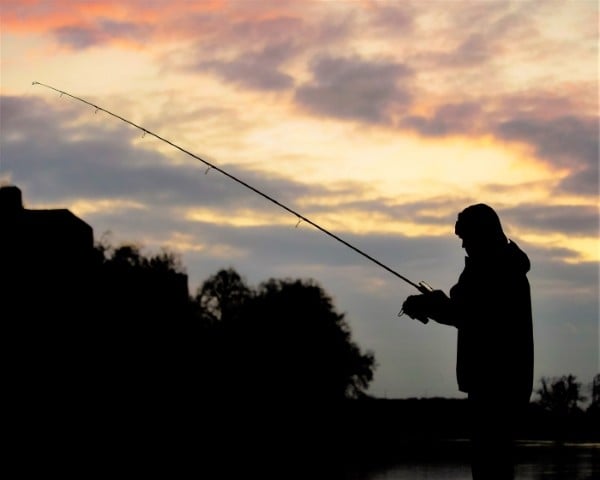 Let’s talk about how I map places on the river and how I work with Deeper Sonar. When mapping on the river, I try to gradually throw my Deeper further and further apart so that it can be allowed to flow with the current, passively mapping the surroundings. Then I slowly begin to reel it in and pull the Deeper back to the shore. Systematically, step by step, I map out approximately a 30-metre section, where I later try to find the best spot for setting my gear. So far, this technique has paid off for me, and in my free time, I have prepared a set of locations that I can visit this year, vying for success on my carp expeditions.

I also use Deeper during fishing, to locate the exact spots where I’d like to lay out the bait and my lines. About half an hour after feeding the fish, I cast the Deeper again to see if my strategy works and if any of them visit the spot. If this is not the case, I try to use my free time to look for other spots. Deeper certainly provides an array of uses and was intended not just for carp fishing. 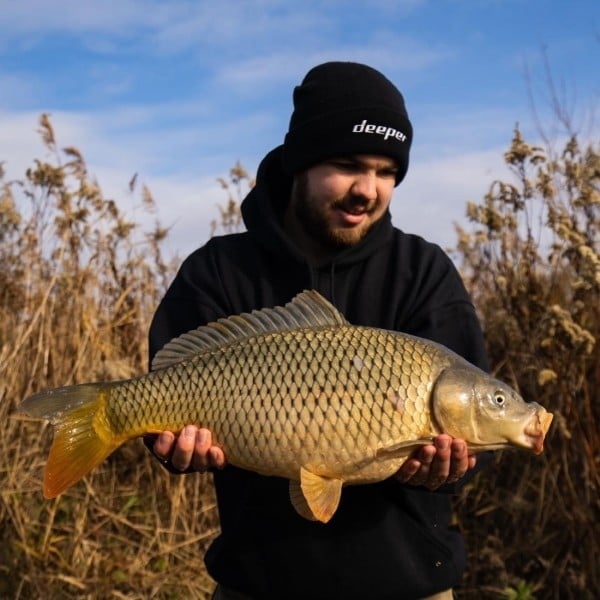 In my favourite still waters, I like to use my Deeper year-round, whether it’s within a short distance from the shore or a whole 100 metres. If I use Deeper further from the shore and I want to achieve 100 percent efficiency, I’ll also take distance markers that help me to determine an exact distance of the Deeper and find an interesting spot at the bottom where I’d like to fish. The procedure is as follows — using Deeper, I find a place where I want to fish, whether it’s a bench, a break, a pit, or just a clean spot without grass. After I manage to locate the right place, I let the Deeper sit still. When using this location search technique, I like to use the orange night fishing cover for Deeper, which is much easier to see on the surface than the green cover (standard with the Deeper CHIRP+). Once the Deeper has detected the right spot, I employ another rod for help, which I try to cast as close to the Deeper as possible and then clip the rod in this spot, so that I can transfer the exact distance to the distance markers, and then to a Spomb rod, which I use to start feeding the fish in the fishing spot, followed by actual fishing. Although this tactic takes more time than simple random rod casting or tapping of the bottom with a sinker, I’m 100% sure that I’m fishing in an exact spot where I’d like to, which has paid off for me more than once!

Deeper is a great tool with which I can effectively map a lot of overgrown lakes or places on the bottom where a fishhook easily gets snagged, and which are difficult to explore with a sinker or a marker. While the marker may get stuck in the grass at the bottom or in a fallen tree, this just doesn’t happen to me with Deeper.

This echo sounder will certainly become popular with many anglers who prefer spin fishing or feed floating, and catfish guys. Personally, I can imagine my fishing existence without a Deeper, but I’m definitely a big fan of this advanced technology that has inevitably entered the lives of many modern anglers who want to look at fishing from a slightly different perspective.

Previous Post How to Find a Good Fishing Spot in Open Waters Using Bathymetry
Next Post Pike in dense vegetation – is it possible to spot them?