Sometimes the Deeper App displays incorrect depth or inaccurate sonar readings, like these:

Most often, the reason behind these inaccurate readings is the fact that the sonar is moving sideways. This may occur, for example, just after the Deeper hits the water after being cast out, when there are heavy waves, or when it is tilting because it is being reeled/trolled too fast. The Deeper App will start displaying the correct depth as soon as unit stabilizes in the water. 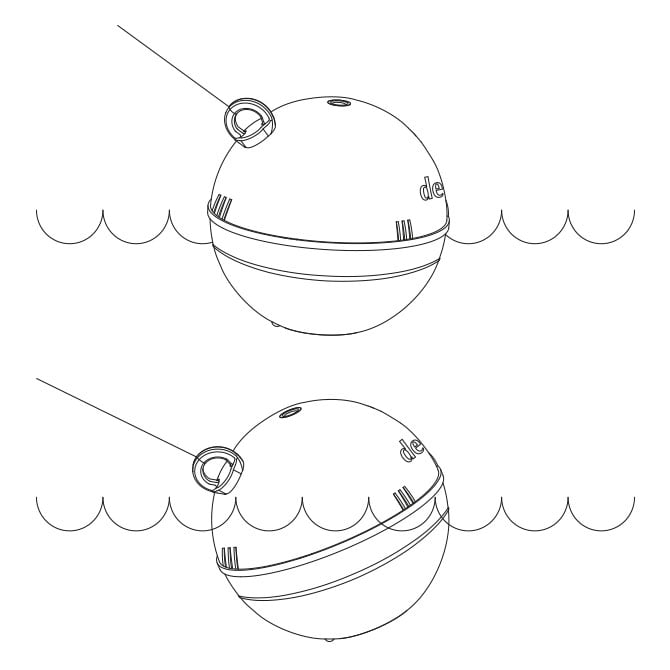 For the PRO, PRO+ and 3.0, using the correct attachment position is essential to ensure the stability of the device when it is being reeled back. When fishing from a dock or bridge, screw your attachment bolt to the middle attachment point. Use the bottom one if you're fishing from the shore. It is important that your Deeper does not tilt when being reeled in / trolled. When it tilts it scans the water surface rather than the bottom, resulting in inaccurate sonar readings and connectivity issues.

If these tips do not solve the issue, please reach out to the Deeper Support team.